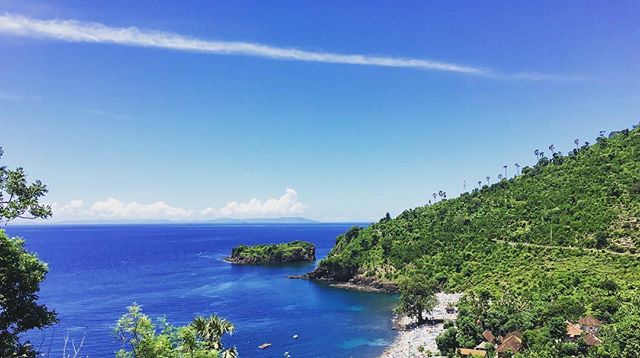 Amed Beach in Bali is most likely already in your Bali travel itinerary if you’re a keen diver. The islands eastern shoreline boasts an underwater playground, and Amed Beach is among the favourite between two main sites (the other being Tulamben, 25 km to the north).

Amed Beach in Bali was once best known for its traditional salt farming. Soon after its beautiful underwater trove was unveiled, with an historical shipwreck adding to its natural features, Amed Beach became a favourite among divers, particularly Jemeluk Bay. Ask for Amed Beach in Bali and you’d be directed to any strip along the coast that spans seven different seaside villages Amed, Jemeluk, Bunutan, Lipah, Selang, Banyuning and Aas. All are fishing villages, hence the traditional jukung outriggers that line the coast.