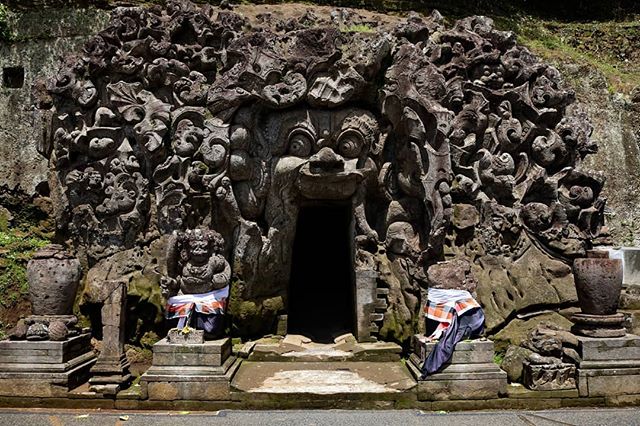 With the ten coffees in our blood, we get on the Scooter and speed through cars, chickens, dogs and people on the streets of Bali.
Goa Gajah direction.
We don’t know the exact year but they think it was built around the IX century b.C.
A folklore says that it was created from the nail of the legendary giant baby Kebo Iwa.
The complex contains both Hindu and Buddhist images. The cave contains lingam and yoni, symbol of Shiva and the image of Ganesha, while along the river there are carved images of stupa and chattra, images of Buddhism.
.
.
.
.
.
travel