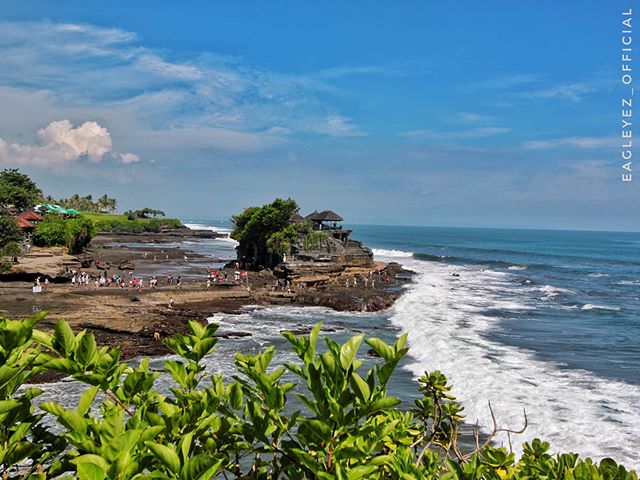 In addition to Balinese mythology, the temples here are significantly influenced by Hinduism. But the setting of this temple is one to be seen.

TRIVIA The Tanah Lot temple was built and has been a part of Balinese mythology for centuries. The temple is one of seven sea temples around the Balinese coast. Each of the sea temples was established within eyesight of the next to form a chain along the southwestern coast.
At the base of the rocky island, venomous sea snakes are believed to guard the temple from evil spirits and intruders. The temple is purportedly protected by a giant snake, which was created from Nirartha’s selendang (a type of sash) when he established the island.

RECOMMENDATION It ideal to visit this temple early in the morning where the sea tide is low , and preferably not during the rainy season. And do take a look at the snake at the base of this rocky outcrop for a small amount of IDR.