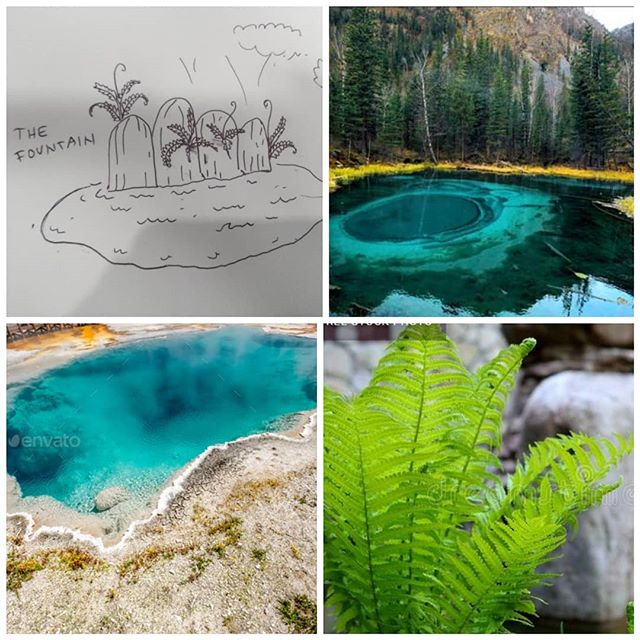 Strange dream last night
I found my self visiting a beautiful water fountain that looks like a geyser . The fountain was producing crystal clear water that flows to a small river nearby . It has white ice floor causing the water looks greenish blue. On the far side of the pond there are long oval pile of stones that resemble a giant bread monument standing in line . On it, grow beautiful green fern vegetations that hard to be unnoticed.
That unique pond is strangely very beautiful, so I took several photos of it and wanted to upload it on Instagram . Putting caption so that people would know there is a beautiful place adjacent to my house. Unfortunately, minutes later , rain was pouring in the east that has higher ground. rain water that mixed with dirt started flowing to the pond location. I was worried that I could be trapped , so I kick started my motor bike and got away passing through the ascending path that was already flooded .
Suddenly ,I found myself sitting inside a red maroon old sedan along with my grand father and my cousin. We were driving around the city of Bogor close to the President Palace. We were rounding a bend returned from a temple in the city that held ceremony . The temple can be seen from the car because it is on the lower ground, just like how we could see Taman Sempur from the main road . The temple has soil ground with dry grasses on it locating exactly where the Taman Sempur of Bogor is.

I told my grandfather that there is another temple up on the mountain. The temple is larger and has Forrest around it. But at that time we didn’t have time to go there, better for us to return to the hotel. We parked our car in front of a look like a simple and traditional Balinese house entrance, with wall made by red flowers plant. there were bamboo gate like that one that used to be used in traditional wedding ceremony.
We entered the hotel, and there were many things happened, but I don’t remember it .inside of the hotel there are classrooms and garden . I spoke to someone I knew , unfortunately I forget who they are and what were talking about.