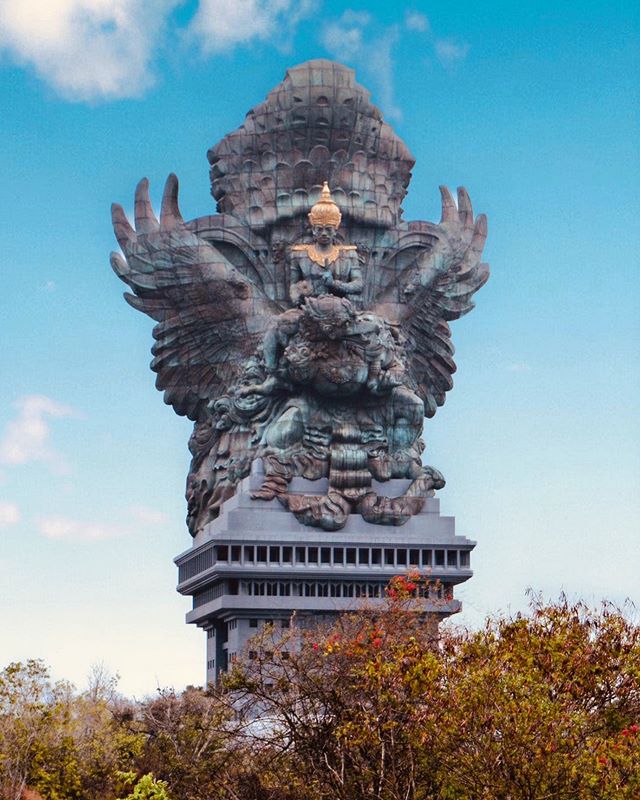 If you looked towards the southern part of Bali as you arrive to the island, youll probably notice a magnificent structure looming in the distance and towering over the horizon. This large structure is called the Garuda Wisnu Kencana (GWK) statue. The statue portrays the Hindu god Wisnu on top of a Garuda bird, a creature from Hindu mythology that possesses both eagle and human features.
The statue towers over the island at 121 metres high on top of the Ungasan ridge, which is 271 metres above sea level. The GWK is actually taller than the Statue of Liberty which stands at 93 metres tall only. The statue was completed in 2018 after 30 years of construction with the aim of being Balis most iconic landmark.