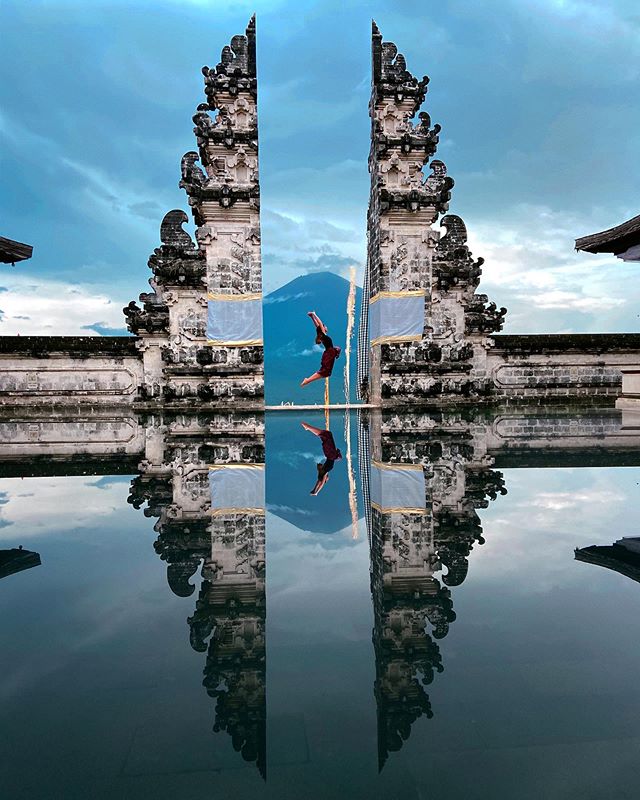 Bali has changed so much since the last time I’ve been here. It became one of those Instagram destinations and a tool to make as much money as possible from foreigners who come here to travel.
Places which used to be unknown became so popular that sometimes you’ve got to line up for an hour, or maybe two.
By the way this picture is take with a mirror trick, in reality you don’t see the reflection at all.
Everywhere you are asked to pay money, which makes no sense at all..for example you come to the waterfall, you need to pay an entrance fee, you want to jump or swim in the waterfall again need to pay.
The local taxi drivers are turning into the mafia, and would do anything to not let you use the local apps for bikes or cars… real experience that I had with friend of mine in the beginning of our trip here we called a car, the taxi driver said something in Indonesian, the driver has left us, and taxi driver told us if we wont take his car for 3 times more expensive, we will wait until the morning to get our from the place. Crazy isn’t it?
To me Bali is still an amazing island in Indonesia, but things like I’ve described above don’t make traveling here pleasant at all.