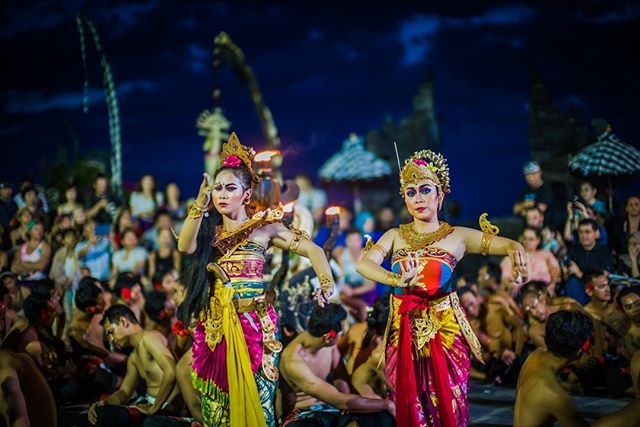 1. There are various Balinese dances. Some are considered sacred (Wali), some are semisacred (Bebali), and others are for entertainment or social events (BalihBalihan).

2. Dance and drama are considered initially as one and the same. It depends on how you perceive it, but dancers have traditionally played characters and acted, and actors have traditionally danced around a lot. A Balinese dance frequently tells a story which is almost always an episode of a Hindu epic characterized by fighting off evil gods or demons.

3. You can say that Balinese dancers are flexible as they move their necks from side to side as if their necks were made of rubbernecks. Dancers don’t touch one another making them independent from each other. Dances are given at festivals, and they are often accompanied by gamelan music.

I’d love to help you plan your trip, so be sure to call me or send me an email when you’re ready to start planning.